Powell-Peralta is a skateboard company from the United States. The company, named for its two founders, began almost 40 years ago, at the beginning of the skate-boarding revolution in the USA and Canada. Their products have made a big impact on this sport, introducing the idea that skateboards could be functional but artistic, and constantly furthering the technology of an activity that has proven popular with every generation.

The two men behind this company (now expanded to a larger, multi-generational team) must have known that one day cities all over the world would hear the roll of wheels on cement and the smack of those wheels hitting ground after a mid-air stunt. 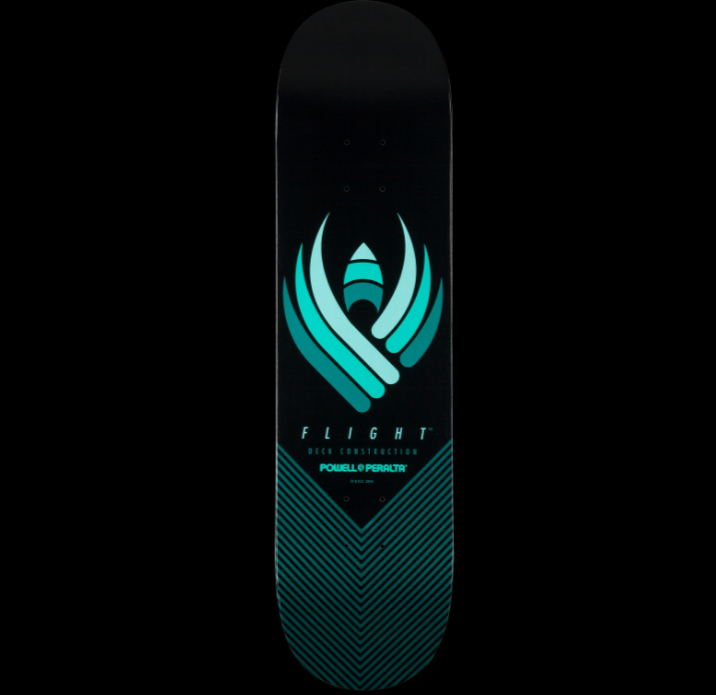 In the early part of the decade, Powell-Peralta started exploring the limits of skateboard strength, size, and potential. Their goal was to create a product both ground-breaking and affordable. Powell-Peralta believes they have achieved this feat with their FLIGHT Decks.

Wherever you shop, consumers want everything to be lighter but stronger. Can a combination of this kind be realistic? Original skateboards were made from 7 layers of material, but what would happen if traditions were overturned?

Engineers and technologists frequently discover that, yes, there is tremendous strength in new materials and alloys. FLIGHT Decks are as thin as a smartphone yet stronger than original Powell-Peralta skateboards. This strength comes as a result of using fiber infused with epoxy that does not succumb as quickly to the usual rigors of constant use in all weathers.

Advantages to the Rider

In tests, Powell-Peralta discovered that the lighter board enabled boarders to achieve new feats impossible with heavier, thicker equipment. Their tricks are sharper, higher, and they can do more of them without snapping the board. Longevity adds to the value of FLIGHT Decks by Powell-Peralta.

Made in the USA

Powell-Peralta makes their skateboards or “decks” in a Santa Barbara facility, so you always have the guarantee of US-made quality and standards. Their products are made using items such as fiberglass, maple, and non-solvent based colors with which they create startling graphics. A skateboard from Powell-Peralta is one-part sports equipment, one-part piece of art.

Shoppers can view products by Powell-Peralta online and purchase them over the internet as well. Know your measurements, however; items are sold in several sizes. The base price for a FLIGHT Deck is $80 featuring only the Powell-Peralta logo in three shades of blue: a rocket launching from blue flames or waves perhaps. This clean image of flight appeals to a wide audience. Items featuring distinct graphics are priced much higher as they are created by an actual person.

Most of the designs featured on their FLIGHT Decks appear to feature skulls, sometimes grinning skulls; sometimes active skulls. Certain decks feature dragons and people; frogs and tanks. They always boast a formidable array of bright colors so that a boarder and his deck are both works of art at the skate park.

A deck is just that: the base without wheels. Order complete sets or switch boards on an existing set of wheels. A Custom Complete for about $85 online comes with a Hill Deck, trucks, wheels of various colors and styles, bearings in multiple colors, mini logo hardware, a grip, and risers.

Before releasing their FLIGHT Decks, Powell-Peralta boards consisted of seven layers of veneer which were cold-fused with special water-resistant glue inside an AirLam™ press at the board-making facility in Santa Barbara where all Powell-Peralta skateboards are manufactured.

The AirLam press, according to Skate One, is a low-pressure air bladder which is used to laminate hard rock Maple from the United States; seven plies at once, creating exceptional strength. A special glue prevents plies from coming apart on a rainy day.