The Microsoft Xbox One S

Comments Off on The Microsoft Xbox One S

Spring is approaching. Tax season is on the way. Pay off your credit cards. Earn some extra cash over the next few weeks. You are going to want that spending money to bring home at least one of the newest, most exciting gaming products available this year.

Nintendo has their Switch, coming out in March, so that gives consumers a bit of extra time to save. Before that exciting new product hits store shelves though, Sony releases the PlayStation VR (Virtual Reality) headset and Microsoft offers their versatile version of gaming fun: the Xbox One S. 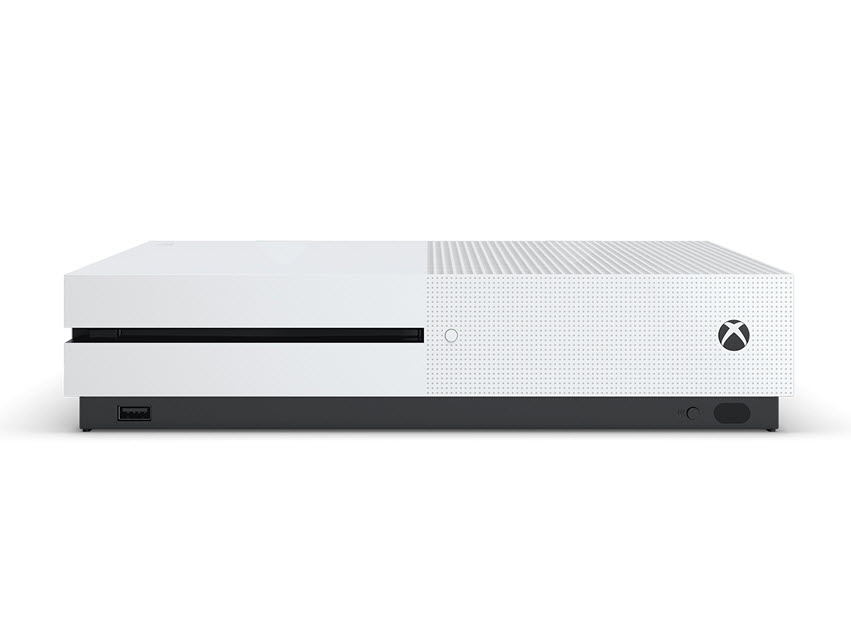 This latest version of the popular home gaming station features ultra-high definition images with 4k streaming. The “4k” designation simply tells you the minimum resolution is amazing and that you will need to own a TV which is capable of streaming images of crisp quality using Blu-ray technology.

This is super-realistic for the stickler among you who is uninterested in gaming unless images are almost too real for comfort. Use Netflix or Amazon Video to watch Blue-ray movies or play a fighting game with friends. The ability to do either one of these things sets the Xbox One S apart from Sony’s PlayStation VR and makes it appealing to a wider audience within the home. It’s more practical.

This sounds like some type of joy stick, but IR stands for “infrared” and refers to a remote device which helps you control several systems from one strategic point. Once upon a time each piece of technology needed its own remote and one would invariably go missing, leading to a manic search and the exchange of heated words between family members.

Find one place for a single remote control and use it to set up audio, TV, and cable. Use this remote for watching action movies or listening to music; playing “The Legend of Korra” or watching a TV show.

The Xbox One S is controlled from a single handheld gaming device which is wirelessly connected to your TV via Bluetooth connection. The range is extended too so you can sit a long way back from one of those massive screens so many homes seem to have now. Sitting too close diminishes your enjoyment.

Control the game without dropping your controller during a heated competition, thanks to texture around the gripping area. Even if you’re so competitive your palms sweat, you will still be in control.

While the joy stick seems to be the heart of an Xbox, it is really the console which sits near your TV which operates everything. Microsoft reduced its size by 40%, making the box slimmer than ever, but they increased storage to 2 TB. It comes with a vertical stand so you can keep the console in its correct position while playing games or movies. The Xbox One S starts at around $399.

Games for the Xbox

Search for games the whole family can play or cater to the older audience. Fighting platforms include Sonic the Fighters, Virtua Fighter, and Fire Pro Wrestling. Try a racing game like Toybox Turbos (great for little kids), Mad Trucks, or Doritos Crash Course.

Toy Soldiers: Cold War, Rock Band Blitz, and Takedown: Red Sabre are all classified under Simulation and Strategy games. Microsoft lists a host of potential categories depending on your interests and what will keep the kids busy during the Christmas holidays.

Here are two great features of the Microsoft Xbox 360 One S: price and availability. Compared with some of the new products being released this year, Microsoft’s latest technology is affordable. It’s also easy to get hold of one. Many retailers carry it, so there’s a good chance of finding an Xbox 360 One S in time for the holidays from a brick-and-mortar or online dealer.